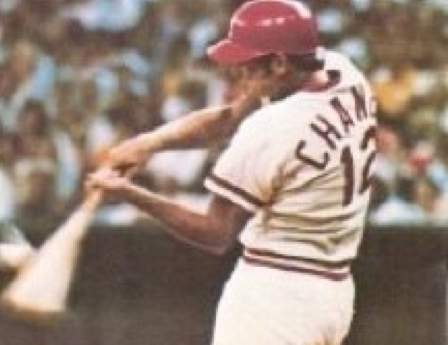 Darrel Chaney spent 16 years in professional baseball. First with the Cincinnati Reds during the Big Red Machine era and then with America’s Team The Atlanta Braves — as a player and broadcaster.

Darrel Chaney made it to the Big Leagues. He played, for 7 years, on one of the best teams ever to take the field, the Cincinnati Reds—the Big Red Machine. He played in 4 National League Championship Series and 3 World Series. He was in the game the Major League Baseball Network considered the best game of the last 50 years—game 6 of the 1975 World Series.